high profit! One shipping company officially announced that it will return to the Asia-North America route again

Taiwan's private liner company Ts lines (TS Lines: headquartered in Hong Kong) has announced that it will officially return to the trans-Pacific route. The first voyage of 1808TEU "TS Tokyo" will sail from Nansha to Canada this Saturday.

The new NW1 route will call at Shekou, Shanghai and Qingdao ports, and then travel across the Pacific to Vancouver and return to Nansha. The route will be operated by five vessels with a capacity ranging from 1750 to 2550 TEU. 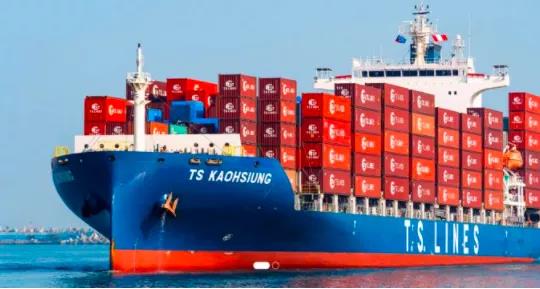 TS Lines announced on September 17 that it will build a new container ship order worth about US$1 billion, and said it will re-enter the Asia-North America route, and then announced to the public that if the current large-scale congestion problem in the West Port of the United States is resolved , Will restart the Asia-Western US port route.

Tu Honglin, general manager of TS Lines, said that the restart of the Asia-North America route will firstly refer to the China-Canada route. The freight rate of this route is not only comparable to that of Asian-Western US ports, but also the congestion in Canadian ports is much lighter than that of US ports. Tu Honglin previously stated, "We are ready to restart the service at the US West Port at any time. We are just waiting for the congestion problem to be resolved. We will start with the Canadian route, return to the Pan Pacific route, and then resume the US West Port route. It does not rule out the opening of Asia-East U.S. port routes."

The reason why it is called "restart" means that TS Lines once opened a route through Asian-North American ports. In 2010, TS Lines and Hainan Pan-Ocean Shipping launched the Asia-US West Coast route, but due to the overcapacity of the entire shipping market, the service was finally terminated, and the latter finally declared bankruptcy in 2013.

As of October 7, TS Lines ranked 20th among the world's 100 largest container liner companies, with a capacity of 97597TEU, and currently operates 45 ships, of which 25 are self-owned ships and 20 are leased ships. 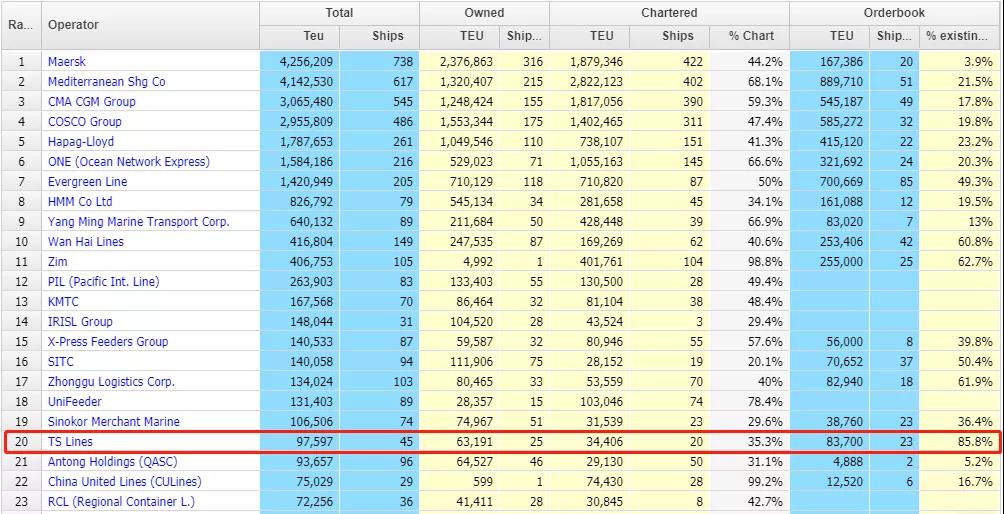